News, insight, analysis and ideas about Guyana’s gold mining sector from the best experts in the industry.

Marcel Rada has decades of investment experience and currently manages the day to day affairs of his private family office including the management of a diverse investment portfolio of natural resource assets.

Marcel Rada began investing as a teenage and has expanded his knowledge of the capital markets throughout his career in the investment banking industry over the past two decades. Marcel Rada has worked closely with institutional investors and private equity funds to help finance numerous natural resource companies ranging from start-ups to fully scale production.

With Guyanese family roots, Marcel Rada is knowledgeable, experienced and well connected to take advantage of the growing opportunities in Guyana’s resource sector. Marcel Rada has acquired several Gold projects in the region and with the recent large oil discoveries in Guyana, his family office is also now exploring opportunities in the energy sector with other private investment partners.

Guyana may be the next big beast in global oil 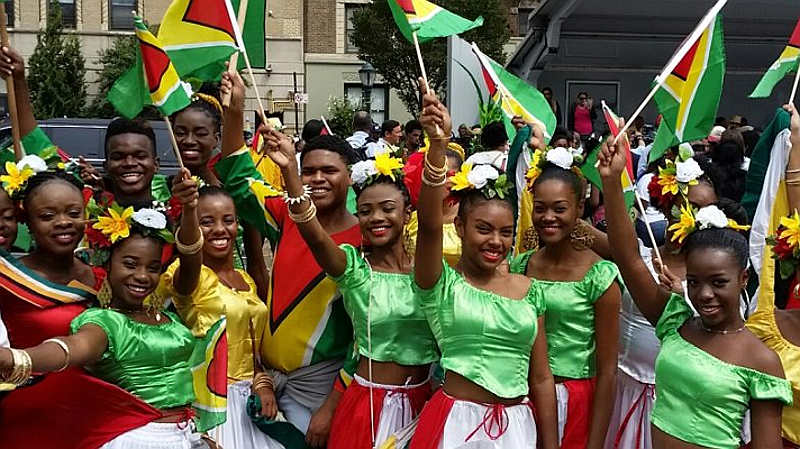 Guyana was originally colonised by the Netherlands. Later, it became a British Colony, known as British Guiana, and remained so for over 200 years until it achieved independence on 26 May 1966 from the United Kingdom. On 23 February 1970, Guyana officially became a republic. In 2008, the country joined the Union of South American Nations as a founding member.

Guyana is a member state of the Commonwealth of Nations and has the distinction of being the only South American nation in which English is the official language. The majority of the population, however, speak Guyanese Creole; an English-based Creole language with slight Dutch, Arawakan and Caribbean influences.

Modern Guyana is bordered by Suriname to the east, by Brazil to the south and southwest, by Venezuela to the west, and by the Atlantic Ocean to the north. At 215,000 square kilometres (83,000 sq mi), Guyana is the third-smallest independent state on the mainland of South America after Uruguay and Suriname.

It is a stable parliamentary democracy with a population of approximately 770,000 people. Its currency is the Guyanese dollar, and its capital city is Georgetown, which is home to approximately 250,000 people. Guyana’s other major cities include Linden, New Amsterdam, Rose Hall, Anna Regina, and Bartica.

Guyana contains one of the most prospective, yet under-explored, gold regions in the world. It has a long history of alluvial gold production, but only recently declared itself open to foreign investment and mineral exploration after enacting the Land Tenure Act in 2004. The self-financing Guyana Geology and Mines Commission (GGMC) is the government entity responsible for overseeing the country’s mining and quarrying sector, a critical component of the Guyanese economy.

This scale of oil resources in Guyana could support a plateau production level of over a million barrels a day for a decade or more. With a population of 800,000 people, one million barrels a day of production would equate to 456 barrels per citizen per year, which would make Guyana the world’s biggest per capita oil producer. At $70/barrel this level of production would generate US$32,000 per capita of gross annual oil revenue, before costs and oil company profits. With a current GDP per capita of US$4,750, Guyana faces an extreme transformation in its fortunes.

Latest from the Blog

Read Marcel Rada’s blog and see what experts have to say about Guyana’s gold mining and oil and gas industries. Find all the latest breaking news on his live blog. Browse The a complete collection of articles and commentary on Guyana’s gold and energy sectors.

TotalEnergies has decided to withdraw from its operations in Myanmar following a military coup in the country in February 2021.
The post TotalEnergies withdrawing from Myanmar amid ‘worsening situation’ appeared first on Offshore Energy.

END_OF_DOCUMENT_TOKEN_TO_BE_REPLACED

Six oil and gas operators in The Netherlands have signed an agreement with Oceaneering Services in the first joint campaign to decommission mud line suspension (MLS) wells in the Dutch North Sea, which are wells that were once drilled for exploration p…

END_OF_DOCUMENT_TOKEN_TO_BE_REPLACED

In 2021, Prosafe saw its vessel utilisation more than double when compared to the previous year and reach the highest rate since 2015.
The post Highest utilisation rate for Prosafe fleet since 2015 appeared first on Offshore Energy.

TotalEnergies has decided to withdraw from its operations in Myanmar following a military coup in the country in February 2021.
The post TotalEnergies withdrawing from Myanmar amid ‘worsening situation’ appeared first on Offshore Energy.

Six oil and gas operators in The Netherlands have signed an agreement with Oceaneering Services in the first joint campaign to decommission mud line suspension (MLS) wells in the Dutch North Sea, which are wells that were once drilled for exploration p…