Guyana – Oil and Gas
In 2000, the U.S. Geological Survey (USGS) identified the Guyana-Suriname Basin as having the second highest resource potential among unexplored oil basins in the world and estimated the mean recoverable oil and gas reserves at more than 13.6 billion barrels of oil and 32 trillion cubic feet of gas. Several international oil and gas companies (IOCs), including ExxonMobil (U.S.), Esso (U.S.), Repsol (Spain), Anadarko (U.S.), and CGX Energy (Canada), have been participating in exploration and drilling activities. Guyana’s Ministry of Natural Resources (MNR) continues to process additional companies’ exploration applications. The number of actors in the upstream sector is expected to increase.

ExxonMobil’s May 2015 discovery with the Liza wells in its Stabroek block may well signal a new era for the country’s energy sector and economy. It presents a transformative opportunity to put in place the structures and capacity needed to oversee the sector’s long-term development, effectively manage revenue streams, and ensure proper stewardship of what are finite hydrocarbon resources for future generations of citizens in Guyana. Exxon plans additional exploration in its block in 2017, citing favorable geology and promising production sharing agreement (PSA) terms. 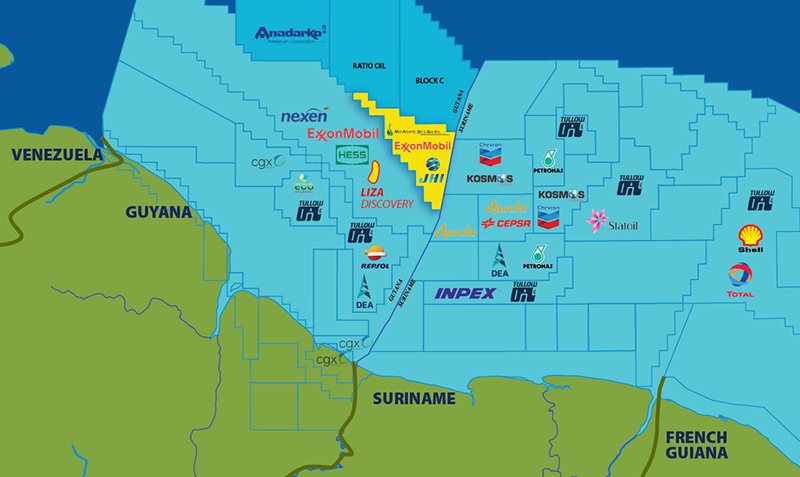 A review of Guyana’s 1986 Petroleum (Exploration and Production) Act is underway as the country moves to modify and modernize the document which is the basis for a number of Petroleum Agreements it has signed with oil companies exploring offshore. This is according to Director of the Department of Energy, Dr. Mark Bynoe, speaking at a news conference […]

The post Guyana moving ahead with new model PSA appeared first on OilNow.

END_OF_DOCUMENT_TOKEN_TO_BE_REPLACED

‘We are not discussing renegotiation of contract’ – Dr. Bynoe

Head of Guyana’s Department of Environment (DoE), Dr. Mark Bynoe, says that renegotiation of the Production Sharing Agreement (PSA) between US oil major ExxonMobil and the South American country is not currently being discussed and reiterated that such a course of action could send the wrong signal to investors. Speaking at a press conference held […]

The post ‘We are not discussing renegotiation of contract’ – Dr. Bynoe appeared first on OilNow.

END_OF_DOCUMENT_TOKEN_TO_BE_REPLACED

Government preferences should take into account wider factors than those considered by private investors. This is because governments are concerned with the linkages between petroleum production and the rest of the economy. Also, governments are or should be responsible for the interests of future generations. The key depletion choice is usually considered to be whether […]

END_OF_DOCUMENT_TOKEN_TO_BE_REPLACED 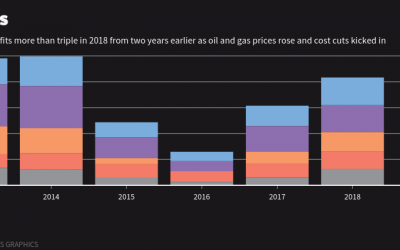 (Reuters) – Royal Dutch Shell widened its lead over Exxon Mobil as king of cash among the world’s top oil and gas companies last year but its U.S. rival could catch up with its investment drive in new production. The five leading firms, known as oil majors, more than tripled profits and doubled cash generation […]

END_OF_DOCUMENT_TOKEN_TO_BE_REPLACED

DOF has won several contracts from undisclosed clients for work in Guyana, Saudi Arabia, and the Mediterranean.

END_OF_DOCUMENT_TOKEN_TO_BE_REPLACED

The Guyana International Petroleum Exhibition (GIPEX), originally scheduled to be held in March 2019, has been postponed to the 3rd quarter of the year. The inaugural event, held from February 7 to 9, 2018, at the Guyana Marriott Hotel, was organized by UK-based Valiant Business Media in partnership with the Government of Guyana and a […]

END_OF_DOCUMENT_TOKEN_TO_BE_REPLACED

Total pulls staff out of Venezuela after US sanctions

(AFP) French oil and gas firm Total has evacuated its staff from Venezuela where its accounts have been blocked due to US sanctions, the company’s chief executive said Thursday. “The accounts are blocked thanks to US decisions,” CEO Patrick Pouyanne said during a presentation of Total’s annual financial results. “The other practical problem is that, […]

The post Total pulls staff out of Venezuela after US sanctions appeared first on OilNow.

END_OF_DOCUMENT_TOKEN_TO_BE_REPLACED

Total Petroleum is reporting that it has made a significant gas condensate discovery on the Brulpadda prospects, located on Block 11B/12B in the Outeniqua Basin, 175 kilometers off the southern coast of South Africa. In a release on Thursday, Total said that the Brulpadda well encountered 57 meters of net gas condensate pay in Lower […]

END_OF_DOCUMENT_TOKEN_TO_BE_REPLACED

Twelve discoveries and more than 5 billion barrels of oil later, US oil major ExxonMobil’s story in Guyana is still being written and analysts believe that more oil lay in the chapters ahead. Fresh off of its 11th and 12th discoveries announced on Wednesday, the company within weeks will begin a new drill campaign in […]